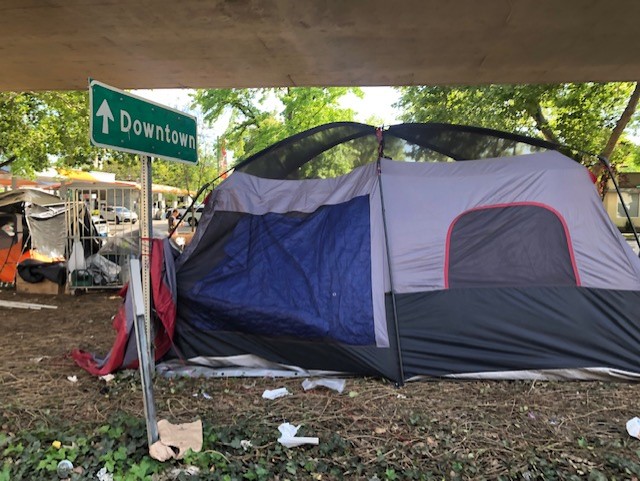 CALIFORNIA GLOBE: The Globe writes frequently about the widespread, growing population of drug-addicted street people in Sacramento. I take photos to illustrate my observations.

This weekend I added to the photo album. Readers can see Sacramento is headed for more tragedy if 11,000 drug-addicted and mentally ill homeless transients are allowed to continue to live on the streets, in the parks, and where ever they park their tents or RVs.

The Sacramento Land Park neighborhood is where long time resident Kate Tibbitts was brutally murdered in her home by a parolee. Last fall “homeless” transient Troy Davis, out on the streets despite his recent parole violation, raped and murdered downtown Sacramento resident Kate Tibbitts, in the Land Park neighborhood, killing her dogs and setting her house on fire,” the Globe reported.

Tibbitts horrific murder remains a fresh imprint on locals’s psyche, but seems to be a far-away, inconvenient memory for local politicians.